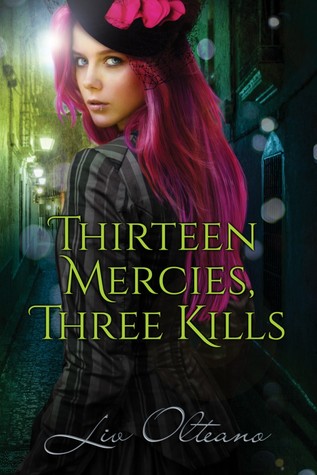 Watching her father’s termination, twenty-year-old Cristina Mera Richards decides to kill the reaper Edgar Verner. Verner is the resident alkemist of New Bayou, though, and since alkemists are immortal, killing him won’t be easy. But the harvesters are destroying the hovertown one citizen at a time. Edgar Verner must be stopped.
Cristina Mera has a gift for seeing and hearing ghosts. She escorts souls out of bodies ravaged by the withering sickness, taking away their pain. Her gifts are unique. Once it’s clear she’s a changeling, Verner becomes more than interested in having her by his side.
Mysterious Wanderer Alkemist Nikola Skazat is the solution to Cristina Mera’s problems—a delightful and charming one, since Nikola is a woman unlike any Cristina Mera has ever met. Becoming Nikola’s apprentice instead of Verner’s finally gives Cristina Mera the opportunity she needs to save her hovertown. It also puts her heart in high gear, gives her butterflies, and just might get her killed.
~ Goodreads

© Livia Olteano 2012 - present. All rights reserved. Titles mentioned on this website are of adult/new adult nature and feature content that is not suitable for minors. No kiddies zone :)